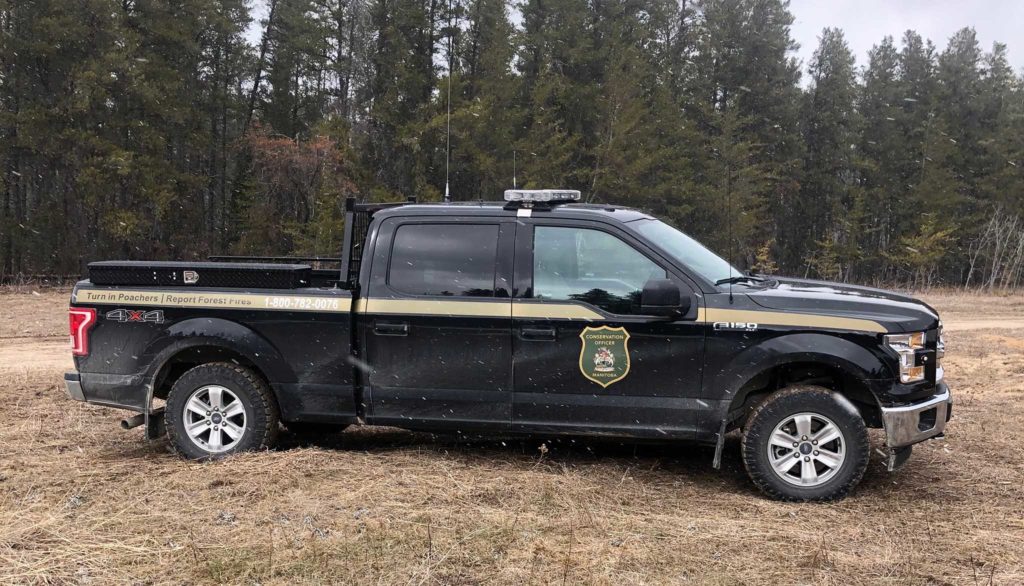 Since 2015, the MWF has been calling for a strong commitment from the Province to support Conservation Officers adequately and properly so they can provide effective enforcement on the ground.  On Saturday, October 10th, Manitoba’s new Wildlife Amendment Act (Safe Hunting and Shared Management) took effect with a goal of protecting big game populations and ensuring a safe hunting environment. With this announcement, Manitoba’s Department of Conservation and Climate took immediate action and directed Conservation Officers to participate in numerous night hunting enforcement activities, in some cases aided by aerial surveillance.  Over the course of the Thanksgiving weekend, enforcement patrols resulted in the following arrests and educational warnings under the new legislation:

•  Officers stopped three hunters and warnings were issued in the Swan Lake area for hunting in a moose closure zone.

•  Aerial Surveillance stopped a vehicle and issued warnings to three hunters for hunting at night near built-up areas.

•  Aerial Surveillance located a vehicle using a spotlight in the bush in Red Deer Provincial Forest near Lac du Bonnet.  Officers stopped the vehicle, and three hunters were issued warnings for hunting at night without a permit under the new legislation.

•  Officers intercepted four individuals in Nopiming Provincial Park after the vehicle stopped, called for moose, and swept the side of the road with a spotlight. Three individuals were issued appearance notices for night hunting and hunting in a moose closure area. Their truck, rifles and spotlights were all seized.

The MWF is pleased with the governments immediate action on this new legislation and will continue to fight for the following enforcement actions to curtail these illegal activities.

•  Continue the use of aerial surveillance

•  Allow our well-trained officers to pursue and apprehend these criminals and allow the officers to use all the tools necessary to uphold the law including: the use of check stops and spike belts.

•  Create a task force to come up with a strategic plan for enforcement priorities.

•  Increase the criminal penalties. Please help by being the eyes and the ears on the ground.