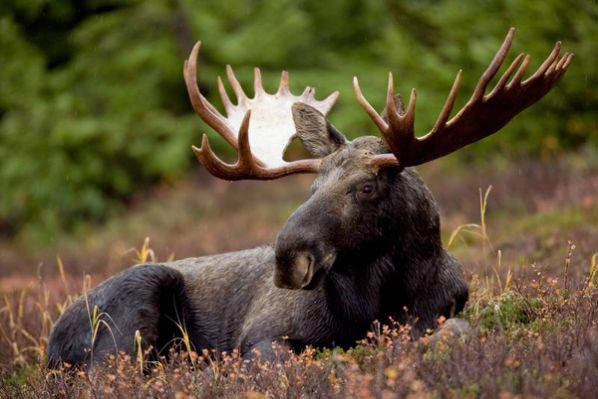 We would like to take the opportunity to respond to a letter written by Jerry Daniels, Southern Chiefs’ Organization (SCO) that was published in the Winnipeg Free Press on November 26, 2020. MWF submitted a response to Jerry’s column regarding recent illegal hunting prosecutions in Manitoba and the role Bill-29 (The Wildlife Amendment Act – Safe Hunting and Shared Management), will have on ensuring sustainability of vulnerable wildlife populations, public safety, and the protection of our hunting heritage. The Winnipeg Free Press refused to publish MWF’s response to Jerry Daniels letter, even after countless emails and calls. MWF was appreciative to see the Brandon Sun take an unbiased approach and published both opinion pieces (letters from SCO and MWF) on Saturday Dec 12, 2020 (links below). We are pleased to provide our members a link to Jerry Daniels opinion letter below, in addition to MWF’s response.

As the voice for licensed hunters and anglers, the Manitoba Wildlife Federation (MWF) completely agrees with Mr. Daniels that First Nations and Metis have constitutionally protected rights to harvest. Those rights, however, are subject to measures necessary to ensure conservation of fish and wildlife populations and public safety. After years of advocacy work led by the MWF, the provincial government passed Bill-29 to conserve populations and prohibit dangerous night hunting.

Managing harvest is one effective and fundamental tool used for the conservation of fish and wildlife populations, and it is the one tool we can control out of all the factors influencing moose survival. That is why, back in 2011, ALL hunters – licensed, Metis and First Nations – agreed to close vulnerable areas to harvest in response to survey data showing a serious decline of moose numbers. These conservation closures have been in place in many areas of the province ever since.

Bill 29 proposes to move away from the binary choice of complete closures or uncontrolled harvest and towards a shared management regime whereby all parties get around the table and agree on how many moose can be safely harvested and who should be allocated tags within that sustainable harvest. We applaud the province for paying for and training First Nations, the Manitoba Metis Federation, and the Manitoba Wildlife Federation to take part in the recent aerial moose survey’s as spotters. We were all given a birds eye view to count each moose and we were all provided with the survey results to show that the population is still fragile and unable to support all parties harvesting moose, without limits on harvest and an agreement on how to share those opportunities. MWF fully respects the government’s decision to keep these areas closed until all the parties can agree on sustainable harvest and how to share in those precious opportunities.

Our organization acknowledges and supports that Indigenous harvesters have priority rights to hunt over licensed hunters, and our intentions are by no means to ignore those rights.    We truly just want to see moose around in 10 years, for the use and enjoyment of all Manitobans. We also want to see licensed hunters given the opportunity to fill a tag again in these areas, even if our share of the harvest is significantly less than what is allocated to Indigenous hunters.  As third, fourth and fifth generation hunters and gatherers, hunting for food and tradition is also part of licensed hunters’ history as Manitobans.

Bill 29 also curtails dangerous night hunting activities and enables enforcement officers to effectively pursue and convict criminals. Night hunting is unlawful in Manitoba for all licenced hunters. Indigenous hunters may still hunt on some areas of Crown land in southern Manitoba with a permit where it is safe to do so, and do not need a permit in Northern Manitoba, provided they are clear of occupied sites and roadways.

The intent is public safety for all Manitobans. Southern Manitoba looks a lot different then it did many years ago and night lighting practices now involve high powered spotlights and rifles. Using this equipment at night has severe safety implications, as a shooter cannot properly identify their target in the dark, or what is behind their target. This combination, especially in southern Manitoba where there are yard sites on every ¼ mile, causing inherent danger to livestock, pets, buildings, farm equipment, and landowners. Manitoba Wildlife Federation administrates the Hunter Education Safety Program for the province. The most important rule for hunter’s safety and the safety of others, is to properly identify your target and verify that you have a safe line of fire in front and beyond. A high-powered rifle bullet may travel more than 915mps (3000ft/sec) and have a range of several miles.

Enforcement officers are not targeting any specific group. In fact, recent prosecutions, warnings and the seizure of vehicles and firearms have mostly been laid on non-Indigenous individuals. It does not matter who is looking through the scope, night hunting is inherently dangerous and unfortunately numerous horrific accidents, and near accidents in Manitoba has given proof to that statement. The MWF, Rural Municipalities, farm advocacy groups and thousands of Manitobans have lobbied the government for years to see this legislation passed. Our Saskatchewan neighbors banned spotlighting back in 1998, with full support from Saskatchewan First Nations. They came together for the safety of their loved ones and agreed that the practice using high powered lights and rifles was not the traditional ways originally celebrated by their First Nations people. MWF has heard from First Nation Elders and Knowledge Keepers that they are dismayed with the current situation and are fearful that if Manitobans do not all band together and share the responsibility, safety will be jeopardized and wildlife populations will not be present for future generations.

Bill 29 is our chance to work collaboratively and pull together as hunters and gatherers. Let’s support this process for one management plan and safety for all. Let’s ensure the long-term sustainability of our moose population and most importantly, put safety first so Manitobans venturing into the field and our rural landowners can rest easy knowing that their property, lives, and loved ones are protected.

Carly Deacon is the Managing Director of the Manitoba Wildlife Federation. Established in 1944, and with nearly 15,000 members in 100 affiliate clubs throughout Manitoba, the MWF is the provinces oldest and largest conservation organization representing the interests of Manitoba’s hunters, anglers, trappers, sport shooters and conservationists.