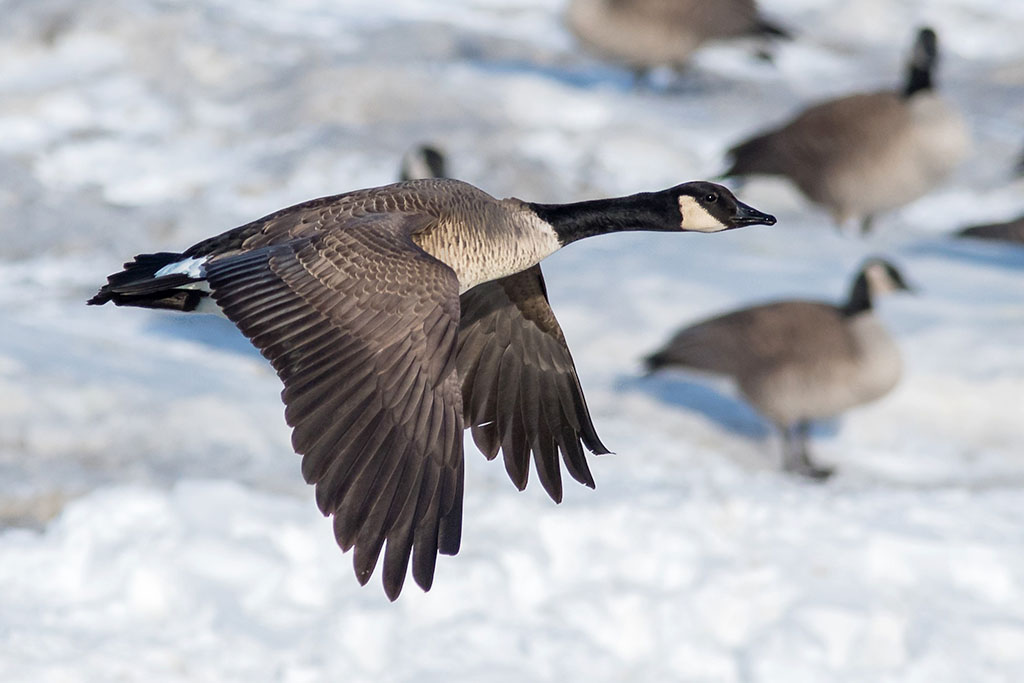 Attention Manitoba waterfowl hunters – we have a new upcoming season to look forward to! The MWF is excited to fill you in on our provinces spring Canada Goose season taking effect from March 1st – 31st, 2021.

As promised, the Manitoba Wildlife Federation is thrilled to provide you and our members with an exclusive interview with Frank Baldwin, Wildlife Biologist with Environment and Climate Change Canada.  Frank gives us great intel around this subspecies of Canada Geese, the science that has been collected over the years, banding programs, their migration and nesting habits and of course some helpful field techniques to bring those big giants into your decoy spread this March!

Flocks of Canada Geese fill our skies every spring, showcasing extraordinary size variations between subspecies, with the largest being almost swan sized, and the smallest smaller than a Snow Goose.  It is hard to fathom that some subspecies nearly faced extirpation between 1850 and 1900.  To a point where measures were taken to re-establish population in parts of Canada and the US.  Since then, our temperate-breeding population of Canada Geese (the giants) have expanded to more than 3 times their current breeding population objectives, to a point that the species has become a nuisance in urban and suburban areas. It is now estimated that this breeding population has reached 234,600 in Manitoba, a record high since 1955. The overabundance of this population has resulted in an annual average of $416,282 in crop damage and $372,528 worth of vehicle collision claims in Manitoba from 2015-2018. Despite recent regulation changes to the fall hunting season (increasing daily bag limits, earlier opening dates and increase possession limits), our average harvest rates still fell short of the desired percentage needed to manage population growth. This shortage of harvest rates is likely due to a combination of overall reduced hunter participation and the mixing of Goose populations during the fall migration.

The Minister of Agriculture and Resource Development, Minister Blaine Pedersen, see’s new opportunities for Manitoba hunters and recognizes that hunting is considered the most efficient means to reduce the population size of an overabundant population. “Due to high population numbers of Canada geese, the Manitoba Government has approved a new hunting opportunity for this Spring hunting season,” said Agriculture and Resource Development Minister Blaine Pedersen. “The new Spring Conservation Canada Goose Season will provide an additional high quality hunting opportunity that will assist in reducing the Canada goose population in southern Manitoba as well as reducing crop damage, compensation payouts and aesthetic issues associated with this population.”