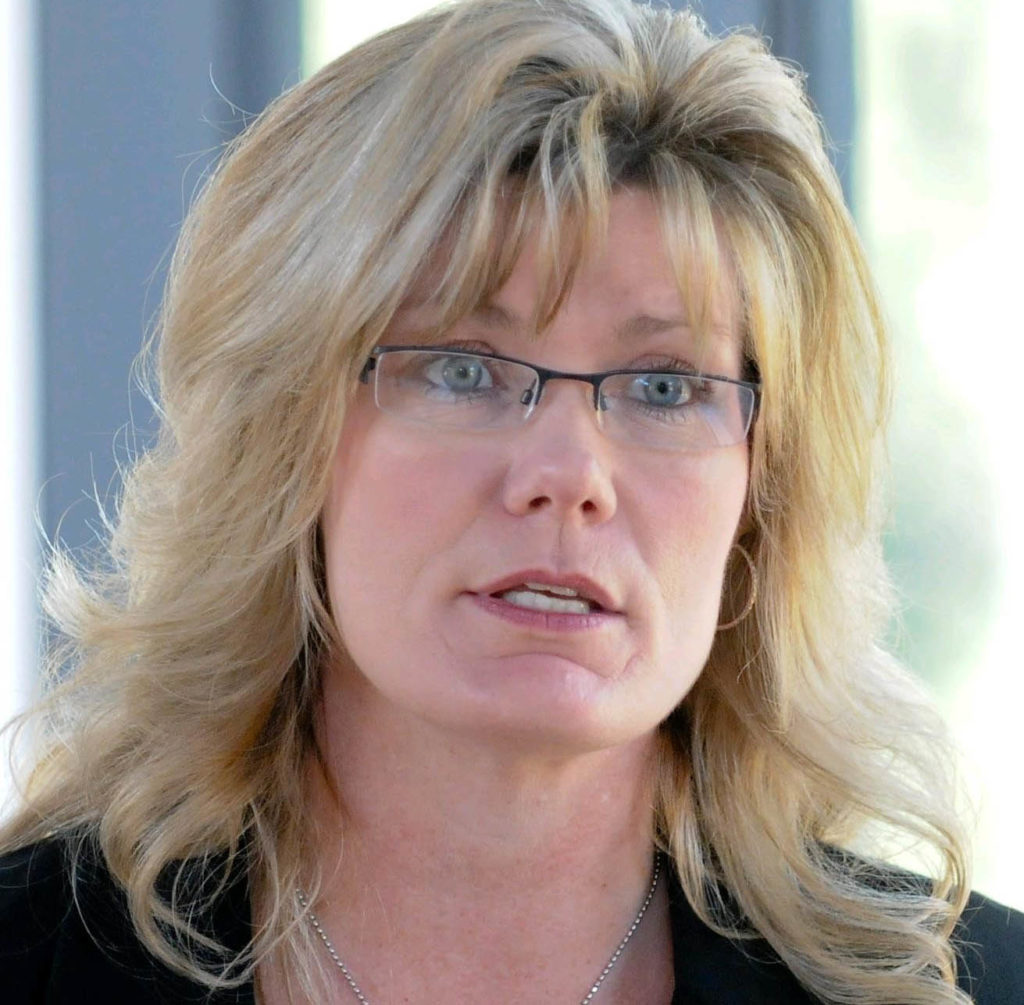 The number of Conservation Officer positions in Manitoba has declined significantly in the last 20 years, from 140 to approximately 90. The actual number of active COs on the frontlines has hovered around 70 in recent years, due to a growing vacancy rate from retirements and resignations. Government has recently recruited 10 new, young CO recruits, but approximately 35 officers are set to retire within the next five years. On average, 2-3 COs – often our young, best, and brightest – quit annually to take jobs in other provinces. It has been a losing battle and one that will continue without significant change. A few years ago, the current Government commissioned an internal group within the CO Service to investigate the obstacles to recruiting and retaining Conservation Officers. The group was called the “Deputy Minister’s Delivery Team – CO Recruitment and Retention” (DMDT). The DMDT group surveyed officers and researched best practices used in other provinces. The DMDT documented a crisis within the CO Service – largely unknown to decision makers and people outside Government – where morale had hit an all time low, for myriad reasons but mostly relating to a lack of leadership and years of neglect. Manitoba COs are the lowest paid in Canada, and yet they have some of the most diverse and complex responsibilities in the Nation, including frontline forest fire fighting services, policing our provincial parks and supporting the RCMP in rural crime prevention. The DMDT report, for the first time really, clearly documented and acknowledged the need for immediate action to avoid a complete collapse of the CO Service. In 2019, the PC Government committed to acting on the recommendations of the DMDT group, to turn the tide and start to rebuild the CO Service. Since that time, Government moved the CO Service into Agriculture and Resource Development (ARD), and installed a senior management team to create a plan to rebuild the CO Service. A plan is currently under development. One of the central themes that has emerged, is the need for more formal and closer strategic and operational ties between the CO Service and the RCMP. One key outcome of a formal, joint, rural law enforcement approach between the CO Service and the RCMP would be one, coordinated, central dispatch. Saskatchewan has embraced a joint, coordinated rural crime prevention approach between their COs and RCMP and by all accounts, it has been very successful. The Manitoba Conservation Officer Association and the MWF have long been collaborators and partners. The MWF realizes how critical the CO Service is to the sustainability of our fish and wildlife resources and stands ready to support the COs and a new leader in executing a plan to revitalize rural law enforcement.

Question 1: Will you strongly support a mandate to rebuild and revitalize the Conservation Officer Service?

Question 2: Will you take immediate steps to address the critical staffing shortfall including increasing CO compensation and overall program funding, to bring this Province’s enforcement footprint and operations more in line with other Provinces?

Question 3: Do you support a more formalized, more organized operational partnership between the CO Service and the RCMP, towards a more effective rural crime prevention strategy?

Question 4: Will you follow the lead of other provinces and ensure that COs are provided a central dispatch so that their safety is ensured and effectiveness increased?

Question 6: Will you support revitalization of the once-successful TIPs line, including social media platforms, for citizens to call in suspected infractions?

Third party certification processes are extremely common in the forest industry and are becoming more common in marine and inland fisheries. Essentially, third party certification assures customers that the fish they are eating is sourced from fisheries that are being managed in a sustainable manner. Certification greatly improves resource management, enhances sustainability, enhances data collection on which better informed decisions can be made and provides a much-needed process for all stakeholders/partners to have a hand in management decision-making. Eco-certification ensures robust, maximized fish populations for the long term, to the benefit of commercial fishers, subsistence harvesting and anglers. The government inherited a mess on this file – quotas had been increased beyond sustainable levels and on Lake Winnipeg, mesh sizes were overharvesting spawning females and killing fish too young to spawn. Over the last six years, the Manitoba Government has invested heavily in moving our large commercial fisheries (Cedar Lake, Lake Winnipegosis, Lake Manitoba, Lake Winnipeg) towards eco-certification by investing in increased stock monitoring, quota reduction and regulatory reform – all requirements for certification. This work is urgent. Manitoba’s commercial fishery has already lost access to some international markets for its fish, and stands to lose more in the coming months if significant progress towards certification is not achieved. Cedar Lake fishers have already begun the process towards certification. Increasingly, fishers across Manitoba are approaching Government to collaborate towards the certification of their fisheries. The province has also invested in collaborative stock monitoring, which is a partnership between fisher communities, the Federal Government and Manitoba towards assessing the health of fish stocks.

Question 1: Will you continue to support and resource the effort needed to have the fisheries of our commercially fished lakes certified by third party systems such as the Marine Stewardship Council standards?

Question 2: Will you renew and strengthen this Government’s mandate on fishery eco-certification?

Question 3: Will you follow through on this Government’s commitment to spend the money it placed into trust, to secure quota reduction and a return to sustainable harvest levels in our key commercial fisheries?

Question 4: Will you uphold this Government’s commitment to move away from “small mesh” commercial fishing, and stand behind the decision to make the minimum mesh size for the south basin of Lake Winnipeg no less than 3.5”?

Manitoba’s fishing and hunting economy has been recently estimated by Travel Manitoba to produce approximately one billion dollars of direct economic activity. Residents, and tourists from across North America and the world flock to Manitoba for world class fishing and hunting opportunities. This Government’s investments in fish and wildlife management and eco-certification solidify the outdoor economy, which is a pillar of Manitoba’s GDP. At the request of the angling community, the current Government introduced a new vision for recreational angling in Manitoba aimed at simplifying the regulations, enhancing opportunities, protecting our waters from the transfer of Aquatic Invasive Species, and at the same time, increasing sustainability (https://engagemb.ca/angling). Suggested actions included reducing limits and reducing mortality of large, trophy fish. Feedback from the recreational angling community has been very positive with a message to go even further in reducing mortality on large female fish. The MWF and its partners applaud the new vision, supports the engagement process that has occurred, and anxiously awaits the announcement of the execution of those changes in the form of changes to regulations.

Question: Will you support and encourage the execution of the widely supported, new recreational angling vision?

After decades of downsizing and cuts to the Fisheries and Wildlife Branches, the current Government began a process to rebuild leadership, staffing and program funding resources. The MWF saw this as a critical need, to ensure the sustainability of the fish and wildlife resource in this Province, as well as the livelihoods and family traditions that depend on those resources. Although great strides have been made, this work is not complete.

Question: Will you support the remaining work to finish the job your government started in rebuilding the Fisheries and Wildlife Branches of Government?

The enactment of Bill 29 (Safe Hunting and Shared Management) provides important mechanisms to limit the dangerous practice of night hunting, as well as to create a more inclusive and collaborative approach to managing fish and wildlife resources, known as Shared Management. These issues are extremely important issues to our members. The work on refining the regulations under the new legislation to curtail night hunting is unfinished; the practice was to be banned or severely limited in agro-Manitoba where there are too many people, buildings, farms, and built-up areas to allow such a dangerous activity. Shared Management is the idea that all stakeholders – indigenous and non-indigenous – need to come together to create and support sustainable harvesting practices for vulnerable big game and fish populations. Regional consultations on Shared Management have been delayed because of Covid-19, and much work remains to implement Shared Management.

Question 1: Will you support the development of regulations under the Act to fully implement the restrictions on night hunting?

Bill C-21 was introduced by the Federal Government in February of 2021 – reinforcing prohibited firearms, proposing compliance with Rural Municipalities to ban handguns storage and transportation, proposing a red-flag clause that allows individuals to submit a prohibition order to the court to remove (legally owned and registered) guns from someone, based on their opinion that they are at risk of harming themselves or others, and requiring legal firearms owners to participate in a buyback program or comply with a non-permissive storage regime on prohibited firearms.  This Federal proposal impacts handgun enthusiasts directly, but it also impacts the firearms industry, resource tourism operators, sport and competitive shooters, and our Affiliate Clubs with handgun ranges.

The Manitoba government in response to concerns raised by legal firearm owners with the Federal Government’s proposed bill C-21, established a Provincial Firearm Advisory Group. The group was comprised of individuals, RM representatives, and organizations that will be directly impacted by the Federal Governments proposed new firearm legislation. The mandate of the advisory group was to review the legislation and detail how it affects Manitobans and make recommendations for the province’s consideration. The wealth of knowledge and passion from each appointed representative produced a well-rounded and educated perspective on the issue, and thus, a result that we felt represented our constituencies interests and opinions regarding bill C-21.

The detailed review prepared by the committee and the recommendations put forth to the province was provided to the Minister of Agriculture and Resource Development in early May 2021, along with a letter of support from the Association of Manitoba Municipalities.

Question 1: Will you support the detailed review prepared by the Provincial Firearms Advisory Group on bill C-21, and implement some, or all, of the recommendations provided?

Additional comments provided by Shelley Glover on the above topics:

“I was very pleased to complete the comprehensive survey put forward by the Manitoba Wildlife Federation and would like to add a few thoughts about my commitment to the outdoor way of life and conservation. My husband Bruce, our children and I are hunters and are “in the field” as often as we can be. My love of the outdoors began at a very young age and has only grown. As a Member of Parliament, I voted to abolish the Liberal’s long gun registry. As someone with a career in law enforcement I know that law abiding firearms owners are not the problem; criminals are. And I have put more than a few of them behind bars. Also, as a former Member of Parliament and Cabinet Minister, I know how to deal with the federal government on firearms issues and many others. I will bring that experience to bear when dealing the federal government. And lastly, I would like to commend the Manitoba Wildlife Federation for your strong commitment to protect and defend a way of life that is very precious to me, my family and to all Manitobans.”