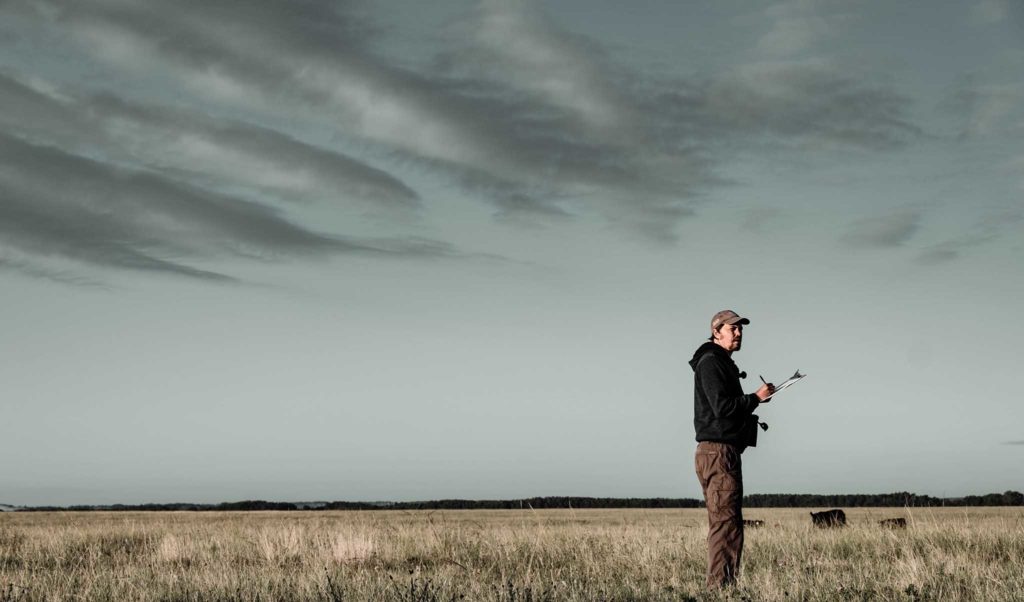 By Nolan Sawatzky, MWF Manager of Conservation and Stewardship

The MWF WMA habitat enhancement pilot project has successfully undergone its first summer of baseline data collection. The goal of this joint operation between the MWF and Province of Manitoba is to use the two pilot project locations as a trial for land management techniques on public lands. This project aims to slow the rate of shrub and woody encroachment onto grassland environments to provide a healthier and more productive habitat for wildlife.

The process of grassland habitat slowly converting to a forested area is a naturally occurring process known as succession. Early successional stages (i.e., grasslands) provide a productive habitat to many native species, however, overtime as grassland areas slowly get encroached by woody shrubs and young forest, the grassland habitat gets reduced. Early successional habitat requires frequent disturbance, or it can be quickly overgrown, and while grassland transitioning into forest is a natural occurrence, the traditional rate of succession was slowed through grazing bison and rolling wildfires across the prairie landscape. Fast forward to the present day and the remaining tracts of preserved wildlife lands (WMAs) that are isolated pockets in a developed landscape, without any of the natural management processes to slow the rate of succession. It is the natural disturbances (i.e., grazing bison and wildfires) that the pilot project is attempting to replicate using management techniques such as prescribed burns, shrub mowing and cattle grazing.

The scope of the pilot projects consists of one full section at each of the two project locations (Langruth and Broomhill WMAs).

The primary methods being used to assess the success of the pilot projects are through a vegetation community assessment (VCA), which was conducted by the Association of Manitoba Community Pastures, and ongoing wildlife monitoring conducted by the Provincial Wildlife, Fisheries and Resource Enforcement Branch, biologists. These two methods will be used throughout the life of the project as the barometer for monitoring the success of proposed management techniques.

Broomhill WMA – Located in the Southwest region of the province and established in 1967. Results from the VCA identified the primary issue effecting the plant community health as low plant diversity due to a lack of disturbance (idleness).

Prescribed Burns – Although no burns have taken place thus far, sections of the WMA are being looked at for the implementation of prescribed burns as a method for reducing shrubby vegetation encroachment. With the supervision of conservation officers and local fire units, it is our intent to burn a pre-defined area and monitor the effects of this management technique on the vegetation composition. Burns will only be caried out if the proper condition allow for it (i.e., wind, moisture, and personnel).

Shrub Mowing – Starting this fall, shrub mowing will play a large role in knocking back heavily encroached areas. Langruth needs large areas of shrub mowing given the extent of overgrowth.

Cattle Grazing – Working with local cattle producers, the project will be using cattle on a rotational grazing system as the primary tool for reducing shrub encroachment while simultaneously promoting the growth of native plant species.

Species at Risk Biologists from the Provincial Wildlife, Fisheries and Resource Enforcement Branch carried out bird monitoring on both WMA sites this summer. The species detected during the surveys reflected the diverse habitats within each WMA, there being a diversity of grassland, woodland, and wetland birds. This baseline data will be used to track the progress of the project, with the goal to see an increase in target species such as sharptailed grouse and Species at risk (SAR), such as grassland songbirds currently listed under the Species at Risk act (SARA). Located in the Southwest region of the Province, Broomhill has several SAR which depend upon properly managed mixed grass prairie landscapes. Additionally, trail cameras have been placed throughout the Langruth WMA to monitor other wildlife such as white-tailed deer populations.

The Association of Manitoba Community Pastures (AMCP) conducted range health assessments on both WMAs this summer. The baseline data collected from these surveys will be used to assess different management techniques and the effects they have on the grassland habitat. The goal is to see an overall decrease in percent coverage of shrubby woodland areas and an increase in grassland species.

Additionally, using the habitat quality index from these reports, appropriate stocking rates and rotational paddock strategies will be developed to maximize the benefits to early successional habitat using a grazing plan.

MWF and provincial staff are currently working on the mowing of shrub areas and setting up perimeter fencing this fall to hit the ground running with rotational grazing next summer.