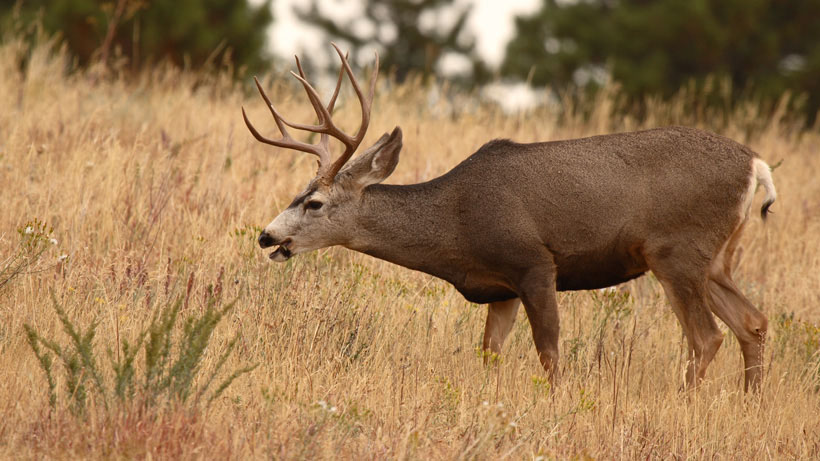 Manitoba Agriculture and Resource Development advises that a second deer infected with Chronic Wasting Disease (CWD) has been detected in Manitoba and additional steps are being taken as part of the provincial emergency response to the initial discovery of CWD. The second CWD case was found in a mule deer as part of routine surveillance from an animal observed to be emaciated and acting erratically in an area just north of the U.S. border and near the Saskatchewan border.

Following the initial discovery of CWD in Manitoba, the province moved swiftly and decisively with a number of measures aimed at containing and reducing the spread of this fatal and highly contagious disease amongst members of the deer family (deer, elk, moose and caribou). In the area of the initial discovery, the province initiated a temporary hunting ban, followed by a special local community deer hunting opportunity in the temporary CWD containment zone and now the next phase of containment is set to begin. The province has reached out to communities, stakeholders, Indigenous groups and local residents to ensure they are aware of the risks of CWD and are kept up to date with the provincial response.

Starting Dec. 13, a carefully coordinated effort to significantly reduce the deer population in the CWD containment zone will begin. Based on science and consultation with other jurisdictions, it has been determined that the best chance to reduce the further spread of CWD is to reduce the deer population in the area it was first discovered. With a very short window of opportunity to reach potentially infected deer before CWD spreads further into Manitoba, local landowners have been contacted for permission to access their land. Where the province has permission, it will undertake a targeted effort to reduce the deer population in the CWD containment zone. As part of this measure, efforts will be made to salvage as much meat as possible from animals found to be free of CWD. That meat will be made available on a priority basis to Indigenous communities, beginning with communities affected by hunting closures in the region and also to local landowners upon request.

Regular communication and updated information is important for CWD awareness, education and public action. More information, including fact sheets and answers to frequently asked questions is available online and will be updated regularly. This includes details on where and how to submit a sample for CWD testing, submission information, hunter CWD sample test results and the most recent updates. The site will evolve and provide Manitobans with easily accessible, up-to-date information.

CWD is a fatal disease that affects members of the deer family, including white-tailed deer, mule deer, elk, moose and caribou. Animals infected with CWD may appear healthy until the later stages of the disease and while CWD is not known as a human health risk, meat from a CWD infected animal is not recommended for consumption. Hunters active in areas where CWD has been detected should have their harvested animal tested and practice safe carcass handling protocols, and will be notified immediately if their animal has tested positive for CWD.

For more information, visit www.manitoba.ca/cwd. Hunters with concerns or questions about an animal that has been harvested can contact the province by email at CWD@gov.mb.ca or by phone at 1-800-214-6197.  New and relevant information will also be posted on our MWF website at mwf.mb.ca as it becomes available.