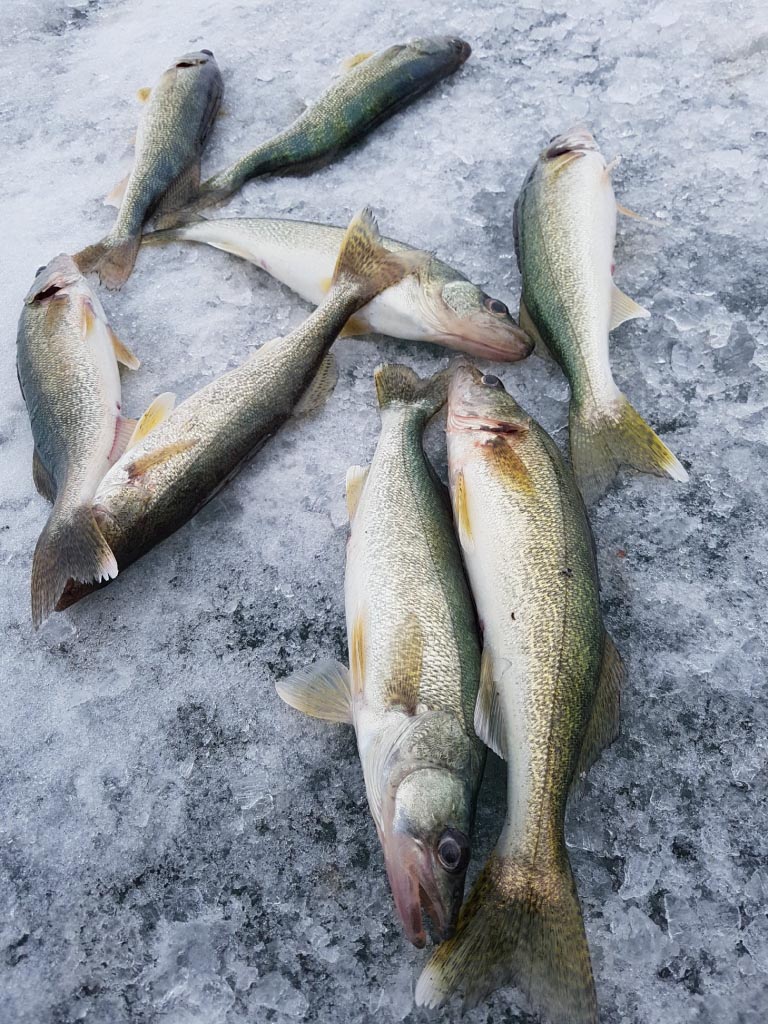 If you were a commercial fisher or angler in the late 1990s to 2007/08, the future of the walleye fishery looked pretty good.  Fuelled by phosphorus inputs for decades, lake productivity increased noticeably. The invasion and subsequent population explosion by rainbow smelt provided a new and abundant food source for walleye.  Walleye began putting on serious pounds. Commercial harvest of walleye soared from about 1 million kg to over 4.8 million kg over this period. A particularly strong spawn and survival of walleye eggs and fry from 2001 added to an ever-growing walleye population. Things were good.  There was only one problem – the whole fisheries management system, underpinned by an archaic quota system, is seriously flawed.  It is little wonder that the ride would be short-lived and come back to bite us in the backside.

The three species (walleye, sauger, whitefish) quota system allows the commercial industry to harvest a maximum total quota, using any of the 3 fish species they wish.  For many decades, the higher prices obtained for walleye, meant that this was the species to target.  However, the record setting commercial harvest of walleye did not (and simply could not) last. Rainbow smelt, a major food source for walleye, collapsed in 2011.  The walleye harvest has plummeted to its current level of just under 3 million kg. Equally alarming and suspected by many anglers, a significant proportion of the medium, large and jumbo-sized walleye are now gone from the population. As a result, commercial fishers in the south basin have switched to using small mesh nets, typically used to catch perch.  The predictable result has been that the harvest of small, immature (baby) walleye (those fish that have not even had a chance to spawn at least one time) soared from making up only 10% of the walleye harvest in 2012 to almost 50% of the harvest in 2017 and 2018.

All of this stacks the deck against the recovery of walleye stocks.  The most prolific spawners (large and jumbo walleye) have been severely depleted, medium sized walleye (about half of which have not reached spawning age) have severely declined, and the next generation of spawners (the small sized baby walleye) are increasingly being taken out of the population. We are being left with a lake that is increasingly devoid of walleye spawners.

In the face of declining commercial catches, the government’s response over the last decade has not only been inadequate, but totally perplexing – to help fishers out, the government has extend netting seasons so that commercial fishers would have more time to catch their quota and also increased the overall quota to more than 7 million kg.

This is the current plight of the walleye in Lake Winnipeg.  The situation for sauger is worse (stay tuned). This has serious consequences for both the long-term economic viability of the commercial fishing industry as it does for the significant economic contribution of the recreational fishery for walleye on this great lake.  A well-managed fishery is an absolute must and the foundation for a successful commercial and recreational fishery, and the jobs and economies they provide for.

Please join us and the many other concerned anglers at the Manitoba Legislature on October 23, 2018 (at noon) to