WINNIPEG, MB: Even before the recent night hunting tragedy at Sioux Valley First Nation, the Manitoba Wildlife Federation (MWF) had been receiving reports this might be one of the worst Fall seasons yet for spotlighting in Manitoba.

“Many MWF members are cattle producers, living where there are high big-game populations and they’ve been telling us that on some nights, they’ve been getting spotlighted multiple times an evening,” said Rob Olson, Managing Director, MWF. “Calls have been coming in from Fisher Branch, Winnipegosis, Swan River, Carberry and eastern Manitoba where charges were recently laid against individuals hunting in the closed moose hunting zone. All the calls, whether from landowners, farmers or Conservation Officers have had the same message: the situation is getting worse and something needs to be done immediately,” added Olson.

The MWF has been running the NightWatch campaign since 2015, calling on the Province to ban spotlighting in Manitoba. As part of the campaign, the MWF has been pushing the Manitoba government to work more closely with indigenous hunters to create a new night hunting policy that is amenable to the aboriginal hunting community. The MWF has been reaching out to First Nation communities and has found the vast majority of aboriginal hunters also want safe and sustainable hunting practices and are against spotlighting.

Spotlighting is the use of artificial lights pointed into the eyes of big-game animals such as moose, elk and deer. Spotlighting is most often done from a vehicle and very often from roads, highways and trails. Spotlighting is currently legal in Manitoba for indigenous hunters on crown lands or private land where they have the right of access. However, it is not legal from a numbered provincial road or a vehicle. Some remote aboriginal communities hunt traditionally at night, in moonlight but this isn’t what the Federation is most concerned about. The MWF says it’s time for spotlighting to end and for the Province to immediately consult with indigenous communities to find reasonable solutions.

“In February 2016 at our NightWatch news conference, the MWF said it would only be a matter of time before we’d gather to mourn the loss of another member of our community,” said Brian Strauman, President, MWF. “Sadly, a young man from Sioux Valley has recently lost his life to night hunting – our thoughts go out to the Hapa family. Enough is enough. Lives have been lost. Livestock continue to be killed by mistake at night. Fences are being cut and crop fields driven on. Big-game animals are being shot and left or lost in the darkness. This madness has to stop before more people are hurt,” added Strauman.

The new provincial government has stated they are committed to banning unsafe hunting practices – including spotlighting – as part of the new mandate given to the Minister of Sustainable Development, the Hon. Cathy Cox on May 3rd, 2016. Conservation Officers in the field have confirmed that as of September 2016, they were receiving new signals from their supervisors to step-up enforcement efforts to protect big-game populations and restore safety in rural areas. Recent convictions of illegal night hunters in the closed moose hunting zone within Game Hunting Area (GHA) 26 in Nopiming Provincial Park were a result of the increased effort by the Province. In only four nights, the recent enforcement “blitz” in GHA 26 turned up four parties hunting illegally in the closed zone, illustrating how intense the night hunting problem is at the moment.

“We are thrilled that Conservation Officers have been given a new mandate to step-up enforcement efforts and want to congratulate the field staff who were involved in the recent campaign in GHA 26,” Strauman said. “Now it’s time for the new government to take the next step by banning spotlighting and investing in rural law enforcement with increased resources and tools for the people doing the work on the frontlines – Conservation Officers,” added Strauman. 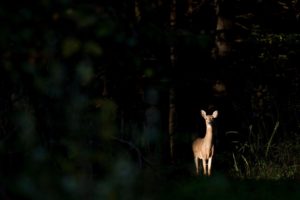 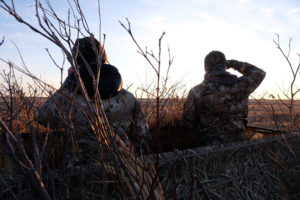