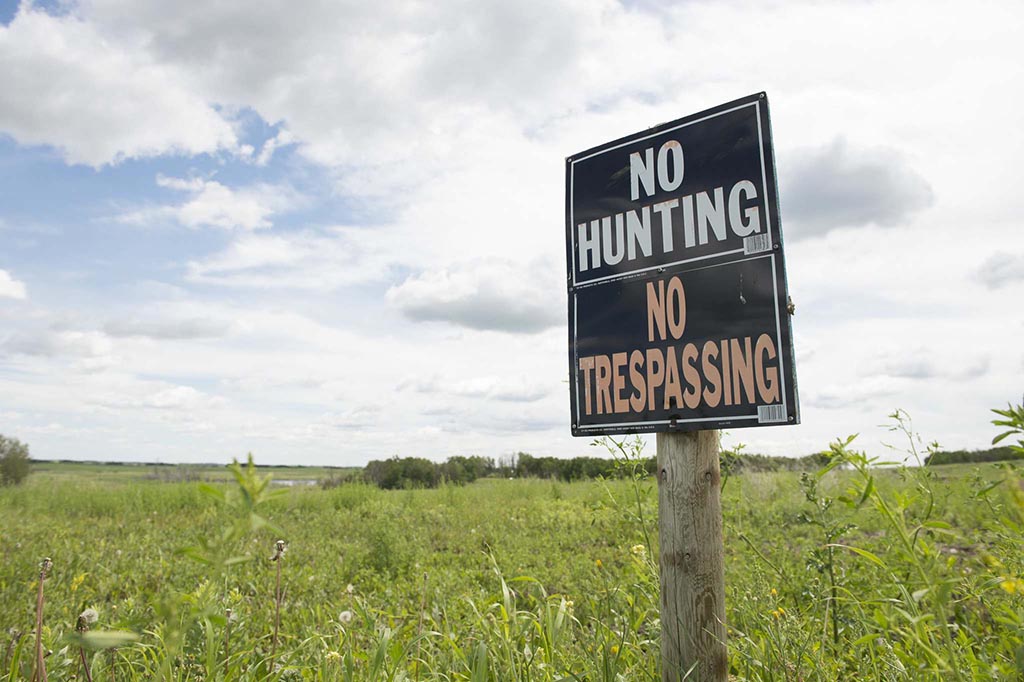 I just recently returned from my annual deer hunt in the southwest region of the province. It is an event that our family and friends look forward to all year. We bond as a group, we sit in the woods alone and meditate and sometimes, when we’re lucky, we get a deer and secure our winter’s supply of venison. Our group prefers wild meat over the store-bought stuff.

Our traditional time afield pursuing deer is treasured because it is normally so relaxing and good for the soul in so many ways. Not this year. For more than 30 years, I have been hunting the rural municipality of Sifton, an area about 70 kilometres southwest of Brandon. It is a beautiful place, with rolling sand hills, native prairie and gorgeous creek valleys. It is an agricultural community, and the farm families have always been welcoming of us as hunters and generous in often allowing us to hunt on their land. It has all changed.
I have never encountered so much anger and frustration in a rural community as I did last weekend. As we went from farm to farm, asking for permission, a flood of terrible stories and anecdotes poured out. The stories were essentially the same: trespassing and poaching had increased to an unprecedented level and the landowner’s anger was boiling over.

We first noticed that everywhere we went, fresh “No Trespassing”, “No Hunting” and “Stay Out” signs were evident. Most of the signs we saw hadn’t been there only one or two years ago. It sent a clear message.

We stopped in at farms where we’d gotten permission to hunt regularly for many, many years, to ask again if we could go hunting. For the first time, we struggled to find access. One landowner said he’d stopped allowing even his own extended family members to hunt his land. “I just want to know if I see a single truck out there, I can just immediately call the cops. I don’t need the hassle anymore,” he said.

Farm after farm, a clear picture emerged. Rampant trespassing and law-breaking had enraged the normally friendly landowners to the point where they just wanted to be left alone. After hearing many of the stories the farmers were telling, our hunting group could hardly blame them.

Literally every farm family had incidents they described freely. There were many instances of people shooting deer or moose at night and only taking part of the animal. Landowners assumed that the perpetrators probably were in a rush to get away undetected, so only half the animal was salvaged or in some cases, the entire deer was left to rot. Apparently this is a more common occurrence in recent years. Many landowners reported regularly hearing shots at night nearby, but were afraid to investigate on their own. Many of the people we talked to didn’t feel safe for themselves or their livestock.

On one evening of our hunt, one older, particularly livid farmer came racing up to me while I was preparing to enter a piece of private property across the road from his land. I had secured permission from his neighbour of course. Nevertheless, he jumped out of his truck, slammed his door really hard and stormed toward me. “What in the heck are you doing here?,” he yelled. I was dumbfounded. Once I explained I’d talked to his neighbour and had permission, he settled down and we had a good chat.

He was really frustrated the province wasn’t funding rural law enforcement. “We only have two conservation officers covering this area and they are in Virden. They have to cover this whole southwest region, a huge area. It isn’t possible,” he lamented. “By the time they get here, if they can come at all, the poachers are long gone. It isn’t right. I’ve had it.”

Nerves are clearly frayed. And not just with the landowners. On two occasions we had other groups of deer hunters stomp up to us while we were hunting and demand to know if we were legitimate, non-trespassing individuals and if we had permission to hunt. The whole experience was sobering in so many ways, but really not surprising since the trouble has been brewing for awhile.

Earlier this month, on Nov. 7, individuals from five southwestern municipalities met in Pipestone to discuss the trespassing and poaching issues and what they could do about it. One attendee of the municipal meeting, Dale McBurney, the president of the Hartney Game and Fish Association, met me for a discussion this past weekend during our hunt. Dale is a local landowner, part-time pilot and passionate hunter.

McBurney confirmed that the problems I was seeing first-hand were very real, had been building over the last few years and were widespread in the southwest part of the province.

“I live here and I can’t even get on some land to hunt now that I’ve been hunting for most of my life,” said McBurney. “The spotlighting and trespassing has gotten bad and something has to be done.”

McBurney does some flying for Manitoba conservation groups like Ducks Unlimited, to check that their habitat projects are intact. He says the once-thriving moose population in the region is on the brink. “I saw the moose population build on the private farmland over a 25-year period and I’ve watched it go away in just a few years of overharvest,” said McBurney. “I’m not interested in blaming anyone, I’m interested in the province getting a handle on how many moose are down here and doing something before it is too late.”

McBurney believes that the trespassing and poaching that has infuriated rural communities in his region is also to blame for the crashing moose population. He says the province needs to invest in enforcement immediately before more damage is done.

As I drove home to Winnipeg, I felt a sense of sadness. That region out west had always been a kind of refuge and idyllic place for me to escape the grind of the city. Instead of feeling healthier and recharged as I drove home, I could feel a few new bruises on my soul. What a shame.