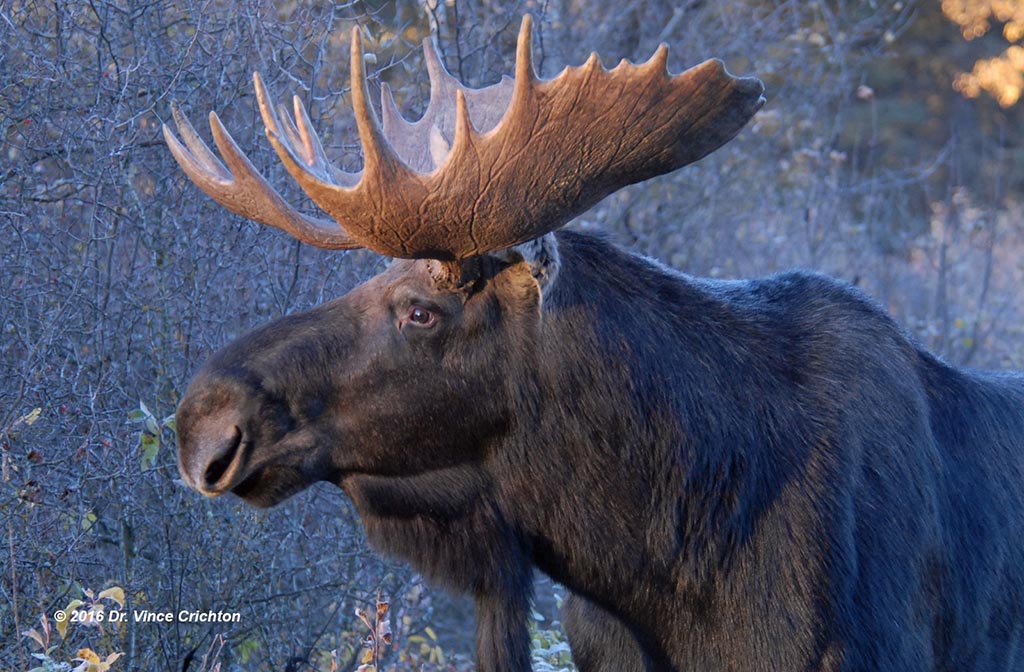 In late 2017, the provincial government in Manitoba signalled the intent of developing a new approach to managing wildlife. The new approach, they have termed “Shared Management”, is a shift away from top-down development of regulation and management actions, towards a significant increase in input and participation of both the licensed hunter community and Indigenous communities in developing those strategies and on-the-ground solutions to manage wildlife populations. The initial emphasis will be on moose. From what we understand, the province is looking to build and initiate the shared management approach in two regions of Manitoba in 2018: likely eastern and western areas. The exact geographic locations are not known yet.

We have experienced significant declines in the moose population in many regions of Manitoba over the last decade. The reasons for the declines are complex, are many-fold, and are likely region-specific (although some of the major causes are likely common across the province). The factors are also not always easy to document or quantify. These factors include hunting pressure by licensed and Indigenous hunters, increased access, predation by wolves (and likely by black bears as well), diseases and parasites (such as the transmission of brain-worm from deer to moose and winter ticks), and habitat change. Certainly poaching, including night lighting on private land has made the headlines in the media frequently in the last few years, and also are contributing to population declines. Enforcement is a key issue.

Solving these issues will not be easy, will take time and will take financial resources. However, the MWF is pleased to see the new direction being taken by the Province. The MWF has been advocating for years for increased input and participation by the licensed hunting community in resolving some of our wildlife management woes.

This is not to say that the MWF and its affiliate clubs have not had the opportunity to provide real and valuable input on matters relating to wildlife management. Even without the proposed shared management approach, the MWF has been providing that input for years. For example, MWF is an active participant on 2 multi-stakeholder moose committees, both of which are focused on eastern Manitoba.

The Committee for Cooperative Moose Management (CCMM) has been in existence for 25 years and up until 2017, was a committee of the Manitoba Model Forest. The committee over the years has involved a number of game and fish clubs, various provincial government departments (wildlife, parks, transportation), industry (forestry, Hydro), Manitoba Trappers Association, Indigenous communities and of course the MWF. This committee, in collaboration with universities and government, has conducted a wide variety of research and monitoring studies on moose, deer and wolves in eastern Manitoba to better understand habitat use and population interactions among wildlife species. This new knowledge has been put to work through management actions (e.g., decommissioning roads), implementation of large field experiments (e.g., closing large areas to access, hunting or both and assessing the effects on moose populations) and using new monitoring technologies (e.g., GPS collars on moose and wolves). In June 2017, the CCMM released a comprehensive report on the status of the moose population in Game Hunting Area (GHA) 26 that summarizes years of research, monitoring and management work undertaken by the committee. The committee also spent the last 2 years developing a suite of recommendations to government related to helping to recover the moose population in GHA26. The MWF played an important role in both. An electronic copy of the report and recommendations can be obtained from the MWF office (info@mwf.mb.ca).

The MWF also sits on a newer moose committee in eastern Manitoba called East Side Moose Matters. The group was formed in 2016 after William Young, an Elder and community member of Bloodvein First Nation, invited representatives from the Lac du Bonnet Wildlife Association, Manitoba Lodges and Outfitters Association and MWF to the community to talk about moose. As William describes it, “it was an eye opener for all groups”. All had a common concern for the long-term sustainability of moose along the east side of Lake Winnipeg, and there was even a lot of common ground on what needs to be done. Based on this initial positive meeting, Moose Matters was formed and broadened to include the First Nation communities of Little Grand Rapids, Pauingassi, Poplar River, Berens River, Bloodvein, Hollow Water, Black River and Brokenhead Ojibway Nation. Moose Matters has met three times now, discussing issues of common concern. The group has produced a list of consensus ideas related to moose management, and will be bringing these concerns to government when they meet with the Minister of Sustainable Development, the minister responsible for wildlife in Manitoba, this winter.

The winds of change seem to be blowing in Manitoba. There appears to be a real interest by the province of having a much larger role for licensed hunters and Indigenous communities in the management of wildlife (at least moose to begin with). Managing wildlife populations is not easy, and in most cases, involves balancing the wants and needs of many (not to mention the needs of the wildlife itself). Shared management provides a concrete opportunity for shared learning. This is important and the importance of this cannot be understated. We all need to be on the same page with respect to the causes of moose declines. In some cases, the information we received about a particular wildlife issue can be based on opinion or second-hand knowledge. Having a seat at the table where the current state of knowledge (e.g., population surveys, information on disease or predators, actual hunter harvest data- licensed and Indigenous) will go a long way to dispelling myths or wrong assumptions, and empower both licensed hunters and Indigenous communities to have a great say in how our wildlife populations are managed in the province. It also puts more responsibility on us as a hunting community. This is good news. How this plays out in the months and years to come is uncertain. What is certain is that there appears to be a shift in government thinking, and this is positive. MWF looks forward in playing a key role.