Winnipeg, MB: The Manitoba Wildlife Federation (MWF) is pleased that the Province of Manitoba has developed legislation to address the many issues surrounding the practice of hunting at night.  Spotlighting, which is one form of night hunting that involves the use of high-powered lights to hunt wildlife species such as elk, moose and deer is dangerous to people and property.  The new legislation will address all forms of night hunting.  The practice also threatens the sustainability of Manitoba’s big game populations.

“As the organization that runs the province’s hunter safety program, the MWF is deeply concerned about hunters going out at night to hunt, with or without the use of spotlights.  The practice of hunting at night in any fashion goes against everything we teach hunters about safety and fair chase” says Dr. Brian Kotak, Managing Director of the MWF. “It is impossible to know what is behind your target at night, and with bullets that are capable of traveling several miles, the consequences of missing your target can be very serious”. In addition, targeting animals by blinding them with spotlights is inconsistent with humane and fair hunting practices taught and supported by the MWF.

The safety consequences of night hunting include significant risk to public safety and even death.  In the fall of 2015, seniors Victor and Doreen Sliworsky of Winnipegosis, were abruptly awakened at night when a bullet from a high-powered rifle shattered their bedroom window and imbedded in the wall, 2 feet from Doreen’s head. The Sliworskys were victims of night hunting on their rural property.  The outcome could have been far worse. Unfortunately, there have been instances in the recent past in Manitoba where the consequences were more serious. In January 2010, a young hunter from Sagkeeng First Nation was killed when a fellow hunter mistook him for a moose.

Agricultural producers and rural property owners have been expressing their concerns to the government for years about damage to property, including expensive farm machinery, farm buildings, and even crops as night hunters drive across their land, firing shots into the darkness.  They have also woken up in the morning to discover dead cattle on their land – shot at night presumably mistaken for game animals.  “Along with the MWF, the Association of Manitoba Municipalities, many individual municipalities, Keystone Agricultural Producers, Manitoba Beef Producers, Manitoba Conservation Officer’s Association as well as licensed hunters and wildlife associations have been calling for the province to address night hunting” states Randy Walker, President of the MWF.  “It is great to finally see legislation introduced after more than 2 years of MWF’s Night Watch Campaign to address this unsafe practice”. There is also support by some indigenous hunters and elders to address their concerns with the practice.

The new restrictions on night hunting will also help improve the sustainability of Manitoba’s wildlife populations.  There are many regions in Manitoba where moose and elk populations are in serious decline and night hunting and the overharvest of animals at night are significant contributors to those declines.  “I am hoping that all Manitobans will see this new legislation as a mechanism to promote safety and help ensure the sustainability of our wildlife, and not as an infringement on people’s rights” says Brian Kotak. “It is only one part of the wildlife management puzzle, but it is a significant piece of that puzzle.”

The MWF also sees a brighter future for wildlife under a new model for managing wildlife being proposed by the government. Called Shared Management, the model proposes more active and meaningful input into management decisions by all interested parties, including indigenous communities, licensed hunters and other interested organizations. Cam Neurenberg, agricultural producer and member of the MWF Board of Directors looks forward to working together with other partners in creating a new management model.  “The old system of wildlife management clearly has not been working and has resulted in the unsustainable overharvesting of moose and other animals, as well as an unfair lack of opportunities for licensed hunters. With Shared Management, we have a real chance to change things, for the benefit of our wildlife and our grandchildren”. This positive attitude is echoed by Pam Robins, recently elected to the MWF Board of Directors. “I’m hoping for a future in which First Nations, Métis, and licensed outdoor enthusiasts – all hunters/anglers/trappers – think of ourselves as more alike than different. There are so many significant issues that we could better address together”. 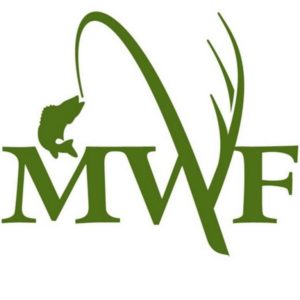