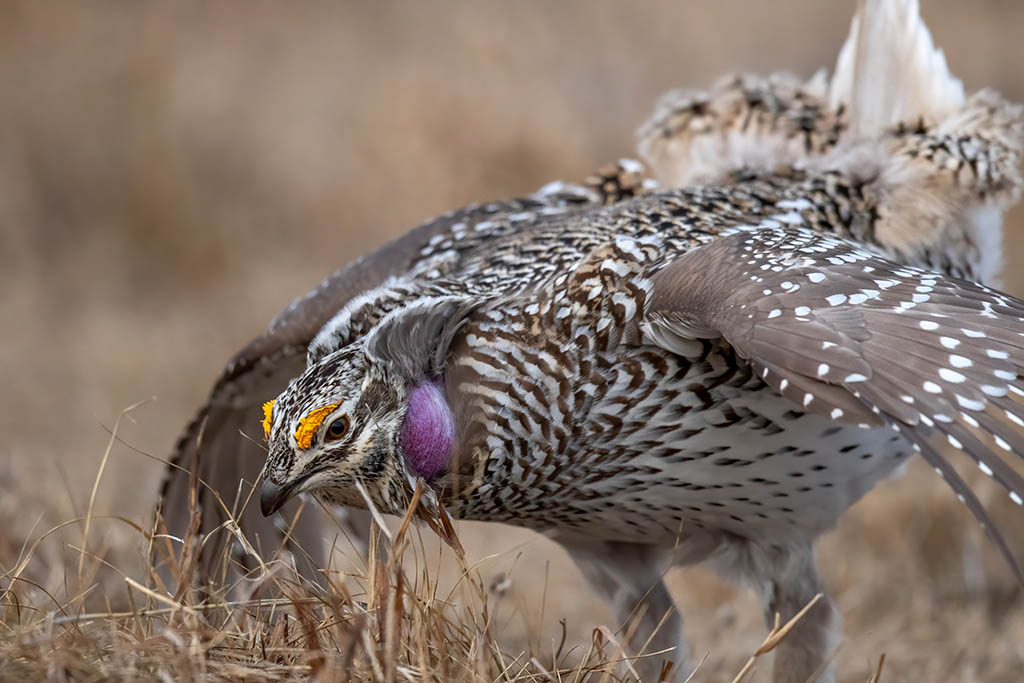 The Wildlife Management Area (WMA) Habitat Enhancement Pilot Project is a joint initiative between the Manitoba Wildlife Federation and the Province of Manitoba. Working as a collaborative, the goal of these pilot projects is to trial the use of land management techniques for improving the productivity and quality of wildlife habitat on WMAs. The pilot projects in the Langruth and Broomhill WMAs are intended to restore and better manage native grassland habitat for the benefit of game birds, big game animals and species at risk.

Manitoba has one of the largest systems of WMAs in the world. WMAs are provincial Crown lands designated under the Wildlife Act “for the better management of the wildlife resource of the province.” They are intended to conserve and enhance habitat as well as provide opportunities for hunting, trapping and wildlife viewing. There are 89 WMAs in Manitoba, encompassing some 2.5 million hectares (5.0 million acres) of wildlife habitat. Most of the WMA lands are in northern Manitoba where grazing or haying is not a feasible management technique. However, there are WMAs in southern Manitoba that could be better managed to improve biodiversity and increase their productivity for wildlife. This will provide greater opportunities for hunting, trapping and eco-tourism.

Native prairie originally extended across most of southern Manitoba. These grasslands are important for the ecological services they provide, including forage for livestock and wildlife, and for the conservation of rare and endangered species. However, the remaining areas of native prairie in Manitoba has decreased dramatically in the last 200 years, with estimates suggesting that less than 25% of mixed-grass prairie and 1% of tall-grass prairie still exists. While WMAs have helped to conserve areas of remaining native prairie, these areas are increasingly becoming isolated pockets of wildlands in an otherwise largely developed landscape.

The primary threats to remaining prairie habitats include cultivation, aspen encroachment, and improper grazing stewardship. Lack of fire and seasonal grazing can create conditions where aspen and other shrubs encroach onto native prairie. Continuous season-long grazing can result in a change in the species composition of remaining grasslands with an increase in non-native plant species and shrubby growth. This has degraded the quality of the remaining prairies, impacted associated wildlife species, and reduced the economic returns to the producer.

Grassland habitat is what is known as an early successional stage habitat that is highly productive for a wide variety of wildlife. Without proper management, grassland habitat, particularly in Manitoba’s Interlake, can transition into forest through the gradual encroachment of poplar and shrubs. Traditionally grasslands were maintained through wildfire, droughts, floods, and grazing bison. In the absence of these natural processes, the encroachment of woody vegetation and loss of grassland habitat occurs at an accelerated rate.

With the conversion of pasture on private land to higher value crops, the value of WMAs to hunters continues to grow. Each year there are fewer places for hunters to pursue game animals, therefore, access to public land is more important now than ever. By actively managing the lands designated for wildlife, habitat quality, along with hunter success should greatly improve.

The scope of the pilot projects consists of 260 hectares (640 acres) at each of the two project locations (Langruth and Broomhill WMAs).

The primary methods being used to assess the success of the pilot projects are through Rangeland Health Assessment and ongoing wildlife monitoring conducted by the Provincial Fish and Wildlife Branch biologists. These two methods will be used throughout the life of the project to monitor the results.

The Broomhill WMA was established in 1967 and is located in southwestern Manitoba. Results from the Rangeland Health Assessment identified the primary issue affecting the plant community health as low plant diversity due to a lack of disturbance (idleness).

Prescribed Burns – Although no burns have taken place thus far, portions of the WMAs are being considered for prescribed burns as a method for reducing shrubby vegetation encroachment. With the supervision of conservation officers and local fire units, it is our intention to burn a pre-defined area and monitor the effects of this management technique on the vegetation composition. Burns will only be conducted if the proper condition allow for it (i.e., wind, moisture, and personnel) and within periods outside of the breeding bird window in spring and fall.

Shrub Mowing – Starting in 2022, shrub mowing will play a large role in knocking back heavily encroached areas. Langruth in particular requires large areas of shrub mowing given the extent of woody vegetation. Similar to burning, shrub mowing will not occur during the breeding bird window.

Cattle Grazing – Working with local cattle producers, the project will be using cattle in a rotational grazing to stimulate the growth of grasses. All cattle grazing activities will be carried out according to the grazing plan designed to maximize the growth of native plant species through stocking rates and rotation schedules.

The provincial Fish and Wildlife Branch collected baseline wildlife monitoring data in the Broomhill and Langruth WMAs in 2021. Data was collected using camera traps for large ungulates, sharp-tailed grouse lek surveys and breeding bird surveys. Provincial biologists will continue this monitoring work throughout the duration of the pilot projects. The wildlife monitoring data will be used in conjunction with vegetation data to analyse the results of the pilot project.

Baseline information from Broomhill WMA established that several obligate grassland bird species, including two species at risk (Sprague’s Pipit and Bobolink) breed on the WMA but were only present in an area of the WMA not due to be grazed but currently subject to rotational haying every three years. Ongoing monitoring will determine if managed grazing can increase the abundance of obligate species in the grazed area versus the un-grazed area. Similarly, one species at risk, the Bobolink, was detected in the Langruth WMA and a similar approach will be used to establish whether the abundances of grassland birds changes during the project. Sharp-tailed Grouse leks (commonly known as dancing grounds) were also located and counted in both WMAs.

Cattle grazing professionals under contract to the project completed range health assessments (RHA) on both WMAs this summer. The baseline data collected from these surveys will be used to assess the impacts different management techniques have on the grassland habitat. The goal is to see an overall decrease in woody growth and an increase in grasses and forbs.

Additionally, using the initial vegetation composition data collected, work continues to develop a grazing plan that will outline stocking rates, and grazing times to promote the growth of native species.

Wildlife-friendly perimeter fences will be in place for both WMAs pilot project sites by summer 2022. Once the grazing plan has been approved, additional temporary internal paddock fences may be required, depending on habitat quality, stocking rate recommendations, and the rotational grazing plan.

Once reports have been completed and reviewed, they will be made available though the MWF website.

The purpose of the pilot projects is to try out various techniques that may be used to improve the productivity of land for wildlife. Over the next few years, we will find out what works and what may not. Frequent updates will be provided to the membership to keep everyone informed about how things are going. Check out our website for more to come.