There is no question that everyone is excited for the first restriction free summer in two years! There are many things we will be able to enjoy this year, but one of the most exciting programs available is the youth recreational angling league. We all know that youth are the future of conservation and stewardship in Manitoba and that is why we feel it is necessary and important to deliver youth focused programs.

This Youth Recreational Fishing League was developed in 2000 to help introduce recreational angling to youth ages 9-15. It was intended to replicate already well-known, organized youth sporting programs, like soccer and hockey. The MWF, along with several partners at the time – Mid-Canada Marine Dealers Association (MMDA), Recreation Connections, Berkley, and Manitoba Sustainable Development – Fisheries Branch, developed the program as a pilot project. After receiving a positive response from the participants, the Manitoba Recreational Fishing League was born!

The league is made up of teams that consist of 6-8 youth anglers, aged 9-15 years old, along with two coaches. The recreational angling season begins when the fishing season opens in May and goes until September. Throughout those months the teams must gather to fish six times. Teams are welcome to fish more than six times together but only six, 2-hour sessions can be submitted. Each team’s top five entries will be calculated at the end of the season to achieve a final score. The scoring system for the league was created to be fair for all areas of the province. For example, a team from Gimli would have an equal chance at gaining points as a team from The Pas based on a “fish length conversion table.” There are also bonus points available for teams as follows:

This motivates teams to get out fishing more, build relationships, and explore what great fishing opportunities Manitoba has.

Each team member must pay a $30 entry fee which will include: Youth Manitoba Wildlife Federation (MWF) membership, a subscription to Outdoor Canada Magazine, insurance, and administration fees. Although the league begins in May, registration does not close until mid July.

The Recreational Fishing League, provides an opportunity for youth to get together, interact, explore, and enjoy nature. After two years of modified and cancelled activities, there is no better place to reduce stress than being on a riverbank or boat with a bunch of like-minded folks.

I can speak firsthand about how this experience can impact the lives of youth. When I was younger, my father encouraged me to join a recreational fishing team and I still have fond memories of those days. This league was able to bring together a group of youth that did not participate in any other mutual activities. My group of friends from school were often separated when participating in other sports and activities by skill level, age, or interests. The Recreational Fishing League removes many of these barriers and allows youth to participate in a fulfilling activity, in a judgement free zone. To this day, some of my closest friends are still the ones that I would fish the banks of the muddy Red River with as part of the Recreational Fishing League. 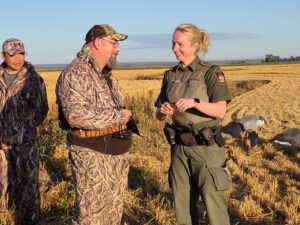 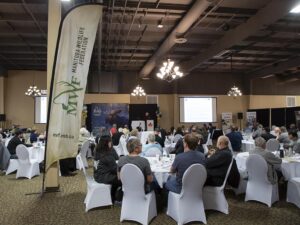