You are here: Home / Archives for MWF News / NightWatch

The MWF is dedicated to putting an end to spotlighting and is urging Manitobans to come forward with their spotlighting stories and to register their concerns regarding spotlighting in their communities. Please email us at info@mwf.mb.ca to share your story and concerns now! Please use the headline “NightWatch” in the subject of your email.

A 10-year battle over a decoy moose shot in the Cape Breton Highlands ended last Wednesday, as far as the Supreme Court of Nova Scotia is concerned. The court ruled that notwithstanding aboriginal rights to hunt for food and ceremonial purposes, the government is justified in limiting aboriginal … END_OF_DOCUMENT_TOKEN_TO_BE_REPLACED 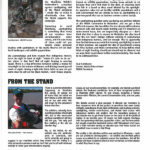 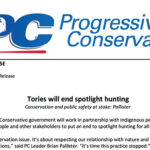 The Manitoba Wildlife Federation unveiled it’s campaign to end spotlighting during a press conference held yesterday morning, and through a press release circulated to every major media outlet in Manitoba. The press release can be viewed here: MWF NightWatch Press Release (PDF). Media Coverage of … END_OF_DOCUMENT_TOKEN_TO_BE_REPLACED