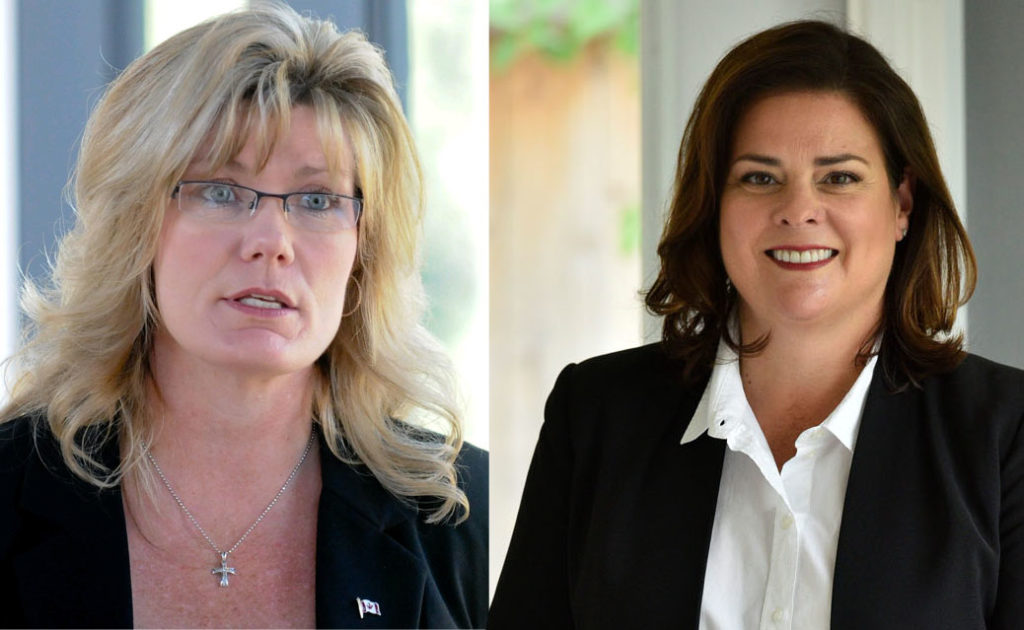 The fish and wildlife resources of Manitoba, and the citizens who are passionate about the outdoors, face an unprecedented moment in this Province. Two candidates are vying to be Premier, and PC Party members will decide who our Premier is for the next two years. We are thrilled our next leader will be female – it’s about time. The Manitoba Wildlife Federation (MWF) have been leaders in pushing for more inclusion of women and girls in the outdoors for many years through our award winning Becoming an Outdoorswoman program. The Federation also pioneered the first, organized female mentored hunt programming in Canada.

The MWF is a non-partisan, non-political group with a track record of working with anyone who we felt had the best interest of the resource at heart. At this time, it is essential that our outdoor family understand where Shelley Glover and Heather Stefanson stand on the key issues we care about. One of these two prospective leaders will be Premier and the future of our precious fish and wildlife resources, will be in their hands. That is a huge responsibility.

This moment in history is occurring in the midst of a groundswell of positive change in fish and wildlife management in Manitoba. The MWF, its many incredible partners, and its 15,000 members have communicated strongly on several issues that are at various stages of being addressed:

The need for investments in fish and wildlife management

MWF has called for increased staffing and program funding support. Government for the most part, has responded to this call for action and has hired 10 new fish and wildlife staff and provided increased funding for fisheries and wildlife management for the first time in decades. But that work is not nearly complete. Will these prospective leaders continue this mandate and this critical work?

MWF has for many years been advocating for a revamp of our recreational angling regulations and the need for third party eco-certification of our four big commercially fished lakes: Cedar Lake, Lake Winnipegosis, Lake Manitoba, and Lake Winnipeg. Government launched engagement on a wide-spread modernization of Manitoba’s recreational angling framework which many of us have been waiting for, for decades. Government has made mesh size changes to Lake Winnipeg that have been called for by scientists, fisheries managers, many fishers and third party certification bodies for years. Government has invested millions in much needed quota buyback for our commercially fished lakes and placed that funding in trust, to benefit fish, fishers, anglers and subsistence harvesters. We await the second round of buybacks that is required for eco-certification. Will these prospective leaders maintain their Government’s strong mandate to eco-certify Manitoba’s fisheries and follow through on recreational angling modernization?

Big game populations, particularly moose, are suffering from the lack of a coherent shared management framework to allocate harvest between indigenous and licensed hunters.  Many areas of the province where moose once thrived are now closed to all hunting as a result of low populations.  Government has started consultations to put in place an enforceable shared management framework.  Will this work continue?

The current PC Government was elected and re-elected on a detailed platform that promised to advance much of this work. Much progress has been made in fish and wildlife management over the last six years, but so much work remains to be completed. The MWF represents 200,000 anglers, 75,000 hunters, and 10,000 trappers. We are guides, lodges and outfitters. We are farmers and ranchers and we live in every municipality, village, town and city. We are in every community in Winnipeg. We are Indigenous and we are non-Indigenous. We come from every walk of life. We live for the protection and sustainability of fish and wildlife, and we have never been more organized or more connected. Our passion is second to none. We matter.

At this time, we respectfully submitted key questions under five subject areas for each leaders consideration and reaction. We are pleased to provide our members with both Shelley and Heather’s responses to our questions and their additional comments.